London, 3rd August: iwoca will be reaching out to the CEOs of the UK’s largest banks urging them to work with the FinTech lender to ensure small businesses are accessing finance as quickly as possible through the Coronavirus Business Interruption Loan Scheme (CBILS).

The call for greater collaboration comes as iwoca announces a new fundraising round of £100 million which will be used to scale its CBILS offering and fund new customers through the scheme for the first time.

The pandemic has seen banks receive huge demand from businesses for financial support. More than 7,000 CBILS facilities per month have been approved since May, similar to the volume of loan approvals for SMEs before Covid-19. However, the additional operational pressures for banks in approving over 1 million Bounce Back Loans and providing consumer credit support means that thousands of small businesses are facing delays in their CBILS applications.

iwoca’s analysis of HM Treasury data reveals that the gap between the number of CBILS applications and approvals has grown every week since the launch of Bounce Back Loans, rising from 40,560 in mid May to 58,707. Demand for CBILS has remained consistent over this period, with an average of 3,481 new weekly applications – one every three minutes. In the last week of available data, 3,729 new applications were submitted.

With CBILS due to close in September, demand is likely to rise over the coming weeks, especially as other government support measures such as the Job Retention Scheme wind down. Indeed, iwoca estimates that a large number of the 790,000 firms with more than £250,000 in annual revenues could yet apply for CBILS, putting a great amount of pressure on large lenders dealing with unprecedented demand for finance from small businesses who are going through the application process.

iwoca can provide decisions on CBILS loans within a few days

In order to address this unmet demand, iwoca is calling on the UK’s largest banks to refer those businesses who they do not have the ability to serve to the FinTech. Tangibly, this means:

A direct referral process is key as the vast majority of businesses wouldn’t otherwise consider seeking finance from an alternative lender. The SME Finance Monitor shows that in 2018-2019, 55% of all applications for finance from small businesses were made to their main bank, and a further 20% to another existing provider. However, the report also finds that an SME is more likely to successfully apply for finance from a different lender to their main bank (74% vs 69%).

Every business which applies for a CBILS facility up to £350,000 from iwoca receives a dedicated Relationship Manager to guide them through the process. This support means that on average customers receive a final decision and funds in their bank account in around 3 days.

Christoph Rieche, CEO of iwoca said: “We want to give small businesses the best chance of finding the support they so clearly need, which means the banks must work with us. It’s not acceptable that thousands of the businesses applying for CBILS are left hanging for weeks or even months without getting a decision from their bank. As an industry we have a joint responsibility in supporting this effort so that SMEs can access finance fast to survive and thrive.”

Chris Matthews, Founder and CEO of Silverlink Clinics has been waiting to hear from his bank for over three months: “Businesses have gone bust waiting. We’re still waiting for a decision, 12 weeks later and we’ve been promised we’ll get one by the end of the week for the last nine weeks. My finance director has been on the phone to my bank constantly trying to get them to ring her back. She’s been leaving messages that don’t get answered, promises that don’t get kept.”

David Dick, Director at B&H Commercials has been funded by iwoca and added: “We initially submitted an application with our high street bank who we’ve been with for four years. Our bank manager fully supported our application but when it got to the underwriting stage it was rejected. They let us down at the very time we were relying on them for support and there are thousands of other small businesses in the same situation.”

1. Images of Christoph Rieche, Co-founder and CEO of iwoca here.

iwoca is unlocking economic growth by expanding the financial possibilities available to small business owners. Since launching in 2012, we have made funding available to 50,000 businesses and have raised over £400 million in equity and debt finance. For more information go to www.iwoca.co.uk, like our Facebook page and follow us on Twitter @iwoca and Instagram @iwoca.

Please find below a link to full transcript case studies of small businesses who faced challenges in accessing a CBILS facility through one of the larger lenders. If you would like to interview one of the small business owners, please contact the iwoca press team. Or read the transcripts here.

Between 24 May and 26 July, 14,189 CBILS facilities were approved. iwoca analysis of UK Finance data reveals that this volume is similar to the number of loans (7,000) provided by banks each month before the Covid-19 pandemic. 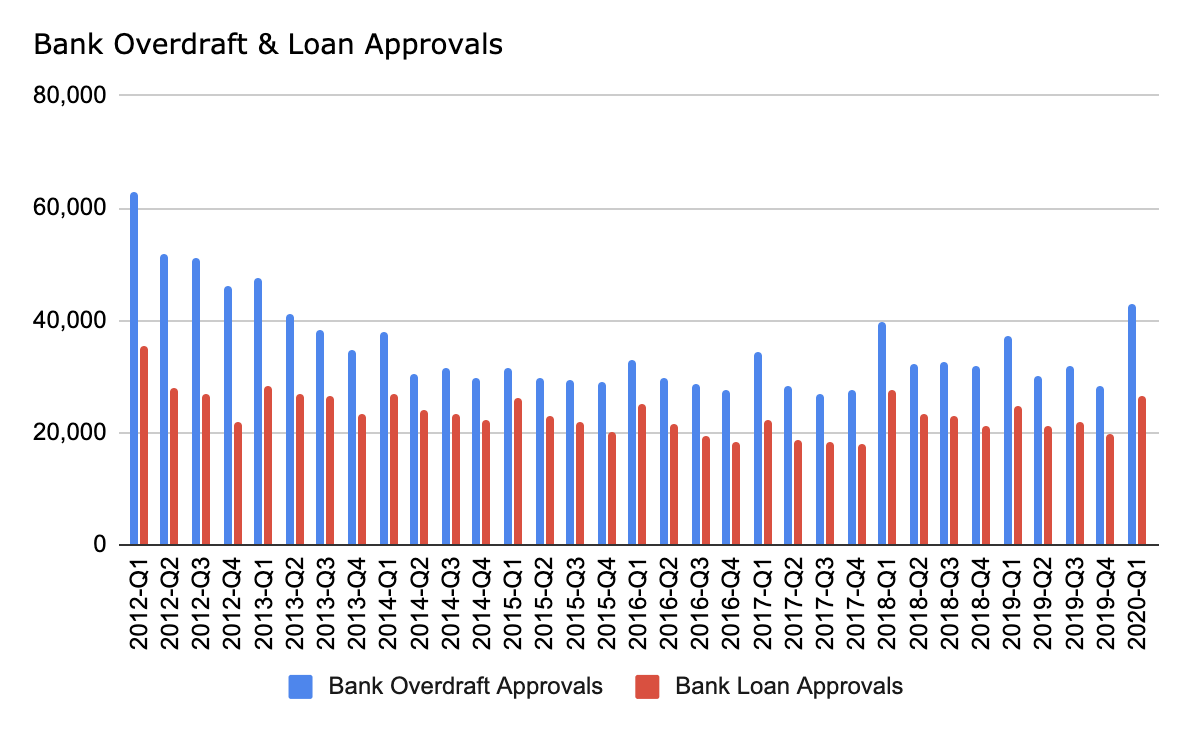 HM Treasury data reveals that there has already been an uptick in demand for CBILS facilities over the past two weeks, as other government measures such as the Job Retention Scheme wind down. From 13 July – 26 July there were 6,706 new CBILS applications. In comparison, from 29 June – 12 July there were 4,666 new applications.

ONS data shows that there are 790,000 businesses in the UK with a turnover of more than £250,000 (UK business: activity, size and location, October 2019, link) which are likely to require more funding than the Bounce Back Loan Scheme which is capped at £50,000. According to polling for UK Finance, 69% of all businesses have been negatively affected by Covid-19.

iwoca calls for partnerships with big banks to ease backlog of CBILS applications2020-08-032020-08-03https://www.innovatefinance.com/wp-content/uploads/2020/04/if-logo.pngInnovate Finance – The Voice of Global FinTechhttps://www.innovatefinance.com/wp-content/uploads/2020/08/iwoca-article-scaled.jpg200px200px
Tweets by InnFin
About us
Membership
PROGRAMMES AND EVENTS